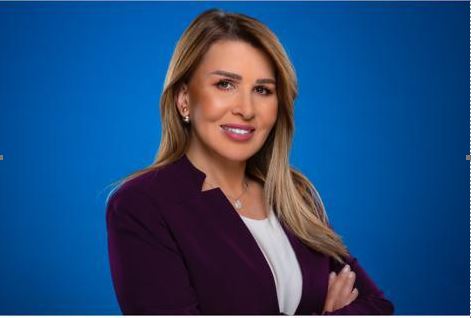 Laila Al-Sheikhly, a distinct bright media figure in the Arab media space. She is a graduate of Pittsburgh University – America, and the first female presenter who presents a political program on Arab satellite channels. She began her career working for ANA Channel, America in 1991, and then moved between a considerable numbers of Arab media channels and TVs, before joining Al Jazeera Arabic Channel. In 2014, she joined al-Arab TV “project”, which broadcasted for only one day with the company of the late journalist Jamal Khashoggi. Then she returned back to Al Jazeera Arabic Channel, where she works now as a principal anchor. During her career in the media, she presented a bouquet of successful talk shows such as: “Agenda” and “Dialogue with the West” on MBC screen, and “Dunya” and “Panorama” on Abu Dhabi satellite Channel. At Aljazeera Arabic Channel she presented “Beyond the News”, in addition to covering several important events such as: Israel's withdrawal from south Lebanon, 9/11tragic event. She made a lot of interviews with most prominent political figures such as the late leader Nelson Mandela, Colonel Muammar Gaddafi, and the late Lebanese Prime Minister Rafik Hariri.

Laila Al Sheikhly has more than 30 years of experience working with ANA- USA, BBC, MBC and Abu Dhabi Channel in the United Arab Emirates, Al Arab Channel in Bahrain and Al Jazeera Arabic Channel in Qatar. In addition to her current career on screen she is an accredited trainer with Aljazeera Media Institute, where she trainees hundreds of trainees on a considerable number of media courses such as: Meeting the media skills, the Art of addressing public, as well as TV news presentation & TV talk shows presentation and “A project for Charisma”.