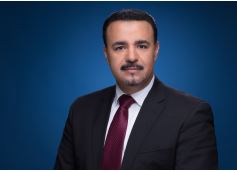 News anchor, program presenter and a reporter who shed light on famine in Niger. Winner of the Silver Award of Aljazeera Documentary Film Festival for his film “Isa Niger River”. He began his career as public radio presenter in 1993. In 1995, he started his TV reporting experience in the Algerian National TV. Between 1997 and 2000, he worked as a senior newscaster in the same station. This period was marked by the experience he got from being a journalist in Algeria during its civil war. In the early 2001, he started his new career and project with Al-Jazeera channel as news presenter of the most important events that characterized Al-Jazeera coverage since that time. He also worked as a news reporter covering Al-Aqsa Intifada, Sept. 11, Occupation of Afghanistan, Occupation of Iraq, War in Lebanon, and the Arab Spring. He is still working in Al-Jazeera as a senior newscaster of the most important bulletins.