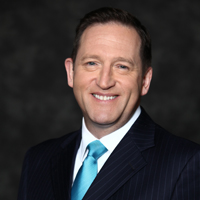 As an international and UK television news anchor and correspondent, Adrian Finighan has covered nearly every major event of the last 20 years. He has interviewed many high profile politicians, business leaders and newsmakers and, thanks to his work at Al Jazeera, CNN and BBC World is a recognizable face all over the planet.

Finighan began his career as a local radio reporter in South Wales in 1983. He graduated first to national radio, appearing regularly on BBC Radio’s 1 & 2, and then to television via the BBC’s Business & Economics Unit presenting, producing and reporting for programmes such as Business Breakfast and World Business Report. In 1996 he moved to BBC World and BBC News 24 as a news anchor. In 2006 he joined CNN as an anchor and correspondent fronting daily editions of World News, CNN Today and Business International. Finighan regularly fronted ‘on-location’ CNN coverage of live events and globally significant stories such as the Heathrow Airport ‘terror plot’, the Madrid ‘train bombers’ trial and the global financial crisis. In September 2010 Finighan relocated to Doha, Qatar to take up a post with the Al Jazeera Network. He joined a team of established presenters fronting bulletins in English language channel.